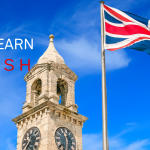 Want to improve your Business English out of office hours at a manageable price? There are people out there who do not have the opportunity to do business English training paid by their company and so some years ago I decided to offer the possibility at my office in Othmarschen.  We start at 6 pm and each session runs for for 90 minutes. The course of 26 sessions is economically priced and English tea is thrown in at every session.  The group also accompanies my business theatre group to the END_OF_DOCUMENT_TOKEN_TO_BE_REPLACED 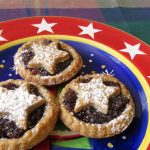 Christmas is around the corner, meaning mince pies are back in! Every year for the Christmas season the whole of Britain is eating the small fruit filled pastries. They can be made with shortcrust or puff pastry – a thin layer of dough on the bottom and the top encases the filling, which is called mincemeat.  Mincemeat is usually made of chopped fruit, nuts, spices, and often people like to add a dash of alcohol such as brandy or rum. I personally prefer homemade mincemeat, because you can END_OF_DOCUMENT_TOKEN_TO_BE_REPLACED 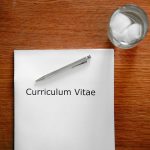 It’s no secret now that if you apply for a job in an international company here in Germany, you may need to prepare your CV in English.  You should note that English CVs (Curriculum Vitae in UK English / Resume in US English) do not carry a photograph – this has never been the case – it’s not what you look like that is important, it’s whether you can do the job! The format of an English CV is also different to German.  If you apply for a job in an English speaking country, then, unless END_OF_DOCUMENT_TOKEN_TO_BE_REPLACED 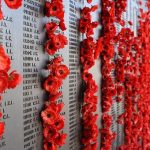 It is small and red. It is worn on 11 November every year across Britain and other English-speaking countries, and has been a tradition since the end of the First World War. It’s called a poppy, but what is the actual meaning behind this flower? Since 1920, this day has been a national day of remembrance in the British Empire. On Remembrance Day, Armistice Day or Poppy Day (as the day is variously called), which is comparable to the German Memorial Day, the small, red poppy is worn to remember END_OF_DOCUMENT_TOKEN_TO_BE_REPLACED 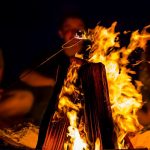 “Remember, remember the fifth of November, the gunpowder treason and plot. I know of no reason why the Gunpowder treason should ever be forgot!” You may have heard of the English nursery rhyme that starts with the classic line ‘Remember, remember the fifth of November.’ The dramatic story behind this rhyme continues to inspire British citizens to celebrate the 5th November, or Guy Fawkes Night, every year with fireworks and bonfires. So who was Guy Fawkes and what is the real story behind END_OF_DOCUMENT_TOKEN_TO_BE_REPLACED

You can find out more about which cookies we are using or switch them off in settings.

Strictly Necessary Cookie should be enabled at all times so that we can save your preferences for cookie settings.

If you disable this cookie, we will not be able to save your preferences. This means that every time you visit this website you will need to enable or disable cookies again.